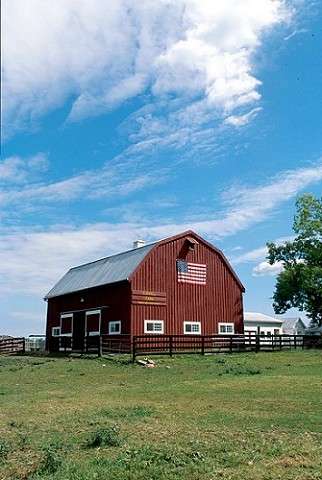 Katydid, Inc. operates Preschool and Tiny Tots classes out of Frying Pan Park in Fairfax County, VA, as well as a variety of summer camps out of multiple parks in Fairfax County.  In addition, we operate a before and after school program for children from Floris Elementary School.

Over the years, Katydid has continued to grow and serve the residents of Fairfax and surrounding counties. Our day camp programs now serve more than 2700 children each year from age 3 to 10 years over 13 weeks of the spring and summer breaks. Look for us in Parktakes, the quarterly publication of activities, classes and camps from the Park Authority. Preschool Day Camps are held at Burke Lake, Frying Pan, and Lake Fairfax Parks.

During the years following 1993, the preschool classes added teachers, children, days and hours and eventually became a licensed preschool. The preschool also expanded many years ago to offer afternoon classes. The Farm Preschool is currently offering morning and afternoon classes September through May to 120 preschool age children.

Katydid, Inc. also offers the Tiny Tots classes to 200 children during each of three 10-week sessions year round.

STEAM CLASSES:  NO STEAM classes this schoolyear.  Check back for fall classes.

Check out Farm School on Yelp